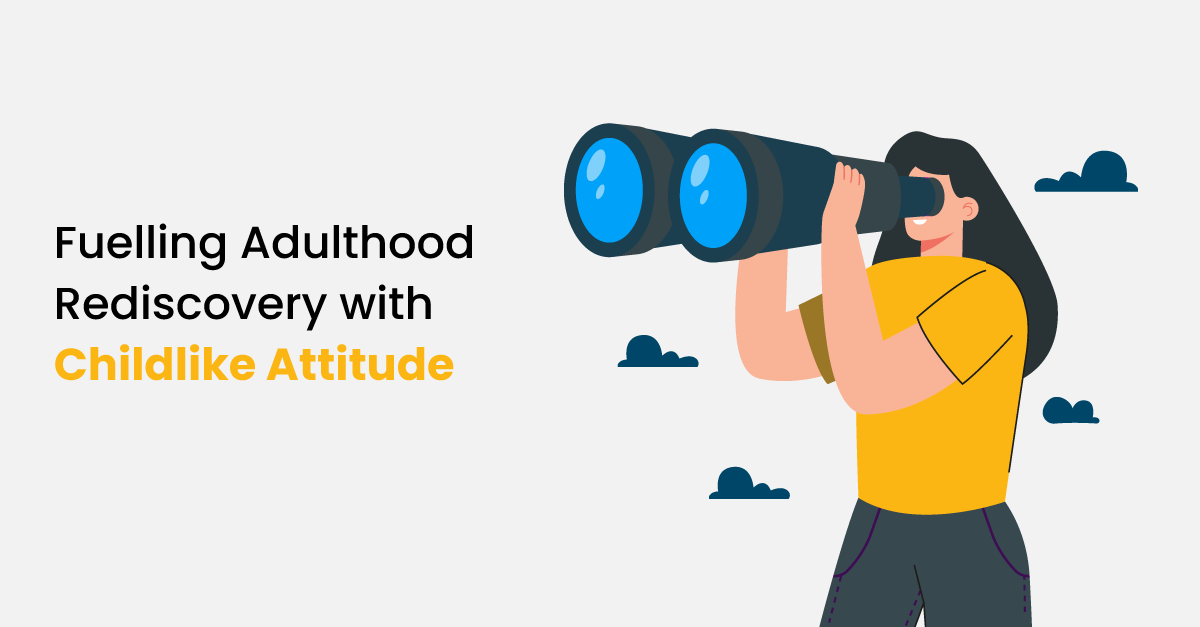 Curious about similarities between Elon Musk and Mark Zuckerberg? Other than being tech moguls and multi-billionaires, around age 12, both had, of their own accord, ideated, designed, and launched their own software programs. Childhood is a land of dreams and boundless energy. Each one of us has a story from our childhood when we created something or the other. And, broke a few things here and there.

As adults, we often look back at our younger days and reminisce about the times gone by. How curious, how natural and how impulsive we were.  The fast-paced life invariably overshadows our innate sense of curiosity and everything childlike. Can we revive the childlike curiosity and sense of adventure in our often serious and sombre adult life? If yes, how?

Have you had the chance to read former First Lady Michelle Obama’s memoir, Becoming? She focuses on the role of her childhood experiences and learnings, in her success as an adult. The struggles in her community and her parents’ support to chart her own way helped mould her. Talking about quiet resilience reminds us of Mahatma Gandhi, as he went about opposing the British in a non-violent manner. Yet where did this inner strength come from? As a child, incidents involving his parents and their adherence to righteousness strengthened his resolve to follow the path of Truth.

Difficult experiences are often tough to ingest. But the lessons they teach are crucial for growth in life. So, it is necessary that we learn from such incidents, not relive them over and over again.

Blinders’ On. Creativity mode On.

A reusable space rocket. A grand plan to put humans on Mars. A functioning and stylish all-electric sedan and the ever-improving models. A proposed network of the high-speed transportation system. And now the acquisition of Twitter. Elon Musk is no stranger to turning seemingly outlandish ideas into commercial success. But did you know, as a child, he was mistakenly assumed to be deaf? All for his moments of deep focus and introspective mood. Even today, colleagues at work tend to yell or do jumping jacks to catch his attention. Talk about focus!

As adults, we tend to be bogged down with commitments. We are chasing deadlines and lose ourselves amidst all the must dos.  Carving out some ‘me time’ will helps in visualizing a clearer future course of action.

Options. More Options. And Then Some.

Can you imagine Usain Bolt as a cricketer? Well, if it had not been for his school coach, we might have seen him in West Indian colours instead of creating history in the Olympics. Even his favourite sportsperson was Waqar Younis, the former Pakistani fast bowler. And same is the case with A B de Villers of South Africa. Cricket, hockey, swimming, rugby, and tennis. Having played multiple sports, he finally settled into one he cherished the most.

When was the last time you spared a thought to the multiple avenues available for you? Have you ever envisioned the learnings, the joy, and the eclectic experiences awaiting you in alternate career paths? What are you waiting for? Give it a shot.

Did Someone Just Say Too Much Energy?

Both Sachin Tendulkar and Michael Phelps were put into their respective sports for one reason, as an outlet for their seemingly infinite energy. The tales of Sachin’s elder brother taking him to summer cricket camp are often repeated when one talks of the Little Master. And, the other reason is that it would stop them from pulling off their antics and pranks. Talk about being too hot to be handled.

While it is true that it is difficult to replicate childhood energy as we grow up. But you surely can redirect and better utilize your stock. The lesson here is not about boundless drive. Rather it is about channelizing your heart and soul into a stream of your choosing.

Thomas Edison was sent back from school for being dull. And today we have to thank him for helping light up our lives. In childhood, every success, no matter how small, is a confidence builder. And every failure is a brick on the road to success. Embracing the inner childlike spirit allows you to live a more meaningful and enjoyable life. Stop restricting relaxation to weekends, grow up, be a child, and live every moment to its full potential.