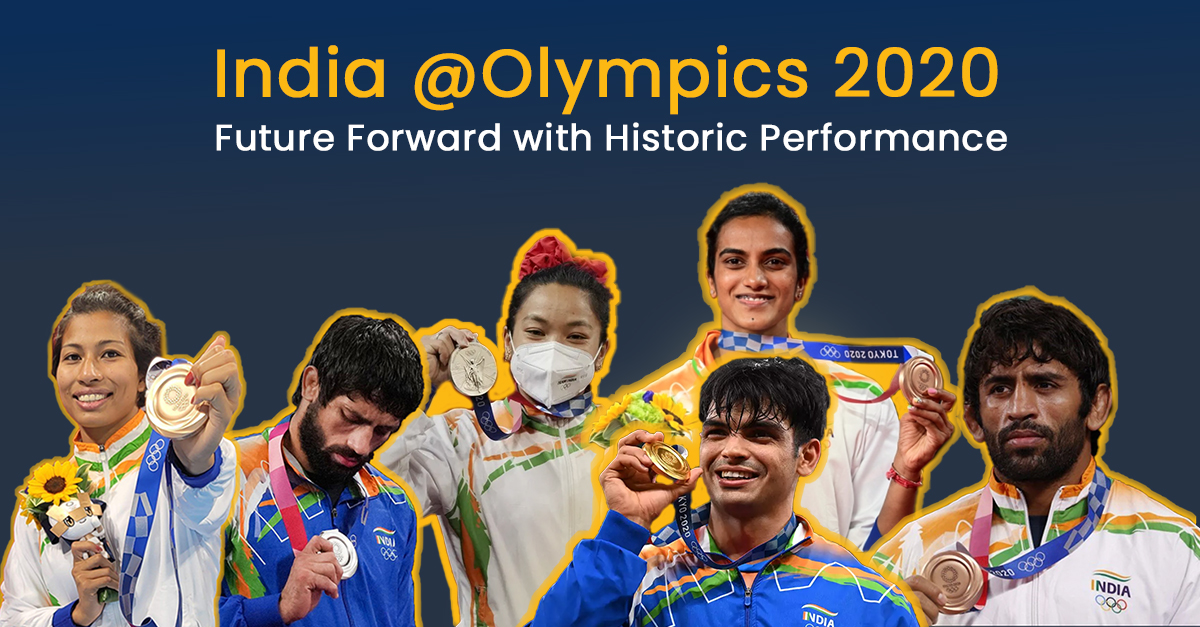 As the Olympics came to a close, the air smelt a little different this time. There were aromas of hope, the fragrance of joy and an ambiance of appreciation. Appreciation, for the Indian athletes that made a nation proud through their highs and lows. Through their never-say-die attitudes. For a 2 week period, societal differences were diminished, prejudices were suppressed and ‘unity’ became a way of life. Are we finally on a road to democratizing Indian sports and athletes, or is it too little too late?

The year was 2008. It was early in the morning. News broke out that Abhinav Bindra secured an individual gold medal in the 10-meter air rifle event. Elated Indians were glued to their TV sets. They proudly witnessed the Indian National Anthem being played in the presentation ceremony. But, why was this moment so important? It was India’s first individual gold medal at the Olympics. A wait that had stretched more than 100 years. The 2008 Olympics brought two more victories for India and along with it, a new testament for Indian sports.

Search for an Oasis

PT Usha became a legend for her valiant effort. Valiant effort, yes, but not enough to secure a medal to end India’s drought. Leander Paes and Karnam Malleshwari’s triumph brought temporary respite to quench India’s thirst for a medal. A single Olympic medal. In a country of more than 1 billion. The hunger was not only entrenched within medals but to represent the nation. The hunger was to shatter the glass ceilings, to break the norms and, for equal representation.

‘Sharmaji ka beta 1st rank aya exams mein, tumhara kya position hai?’ Uncountable anecdotes of school children being groomed for a successful academic career throttled back numerous ambitions to the backend. One of them- being a sportsperson. Social norms weaving up people within a fixed structure. The hunger caused by poverty superseding the hunger of sports, for many. Social stigmas pulling back many, holding their hands tight. How long were they going to pay their dues?

Fast forward to the 2020 Tokyo Olympics, India’s medal tally stands at 7. But the story goes deeper than numbers. Bhavani Devi became the first female to represent India at fencing. Mirabai Chanu and Lovlina Borgohain became household names. The whole nation cried as the Women’s hockey team faced defeat at the hand of mighty Great Britain. PV Sindhu cemented herself as a legend of the sport with consecutive victories at the Olympics. Neeraj Chopra not only capped off India’s most successful campaign with historic gold but also fulfilled Milkha Singh’s dream. Indians elated with joy as the country brought 2 medals on the same day for the first time. And yes, ending the 41-year medal drought for the Men’s hockey team. These victories and hardships not only tell the stories of the game, but of the athletes themselves. They have become pioneers, of our country and of our voice. These athletes now tell the story of rags to riches, of overcoming hurdles. Societal norms were challenged, glass ceilings were shattered, economic disparity had been kicked in the guts.

Their journey has democratized sports in India, to say the least, or, has it? Nonetheless, we thank them! Even in their valiant defeat, the women’s hockey team had the whole nation reeling for a ‘Chak De! India’ moment. They have taught us to count on them, to believe them; but most importantly, to believe in ourselves. There is a lot that is yet to be realized. There are a lot of fields that are yet to be conquered. More athletes will rise, more victories are yet to come. The Olympic dream is only beginning to manifest itself!