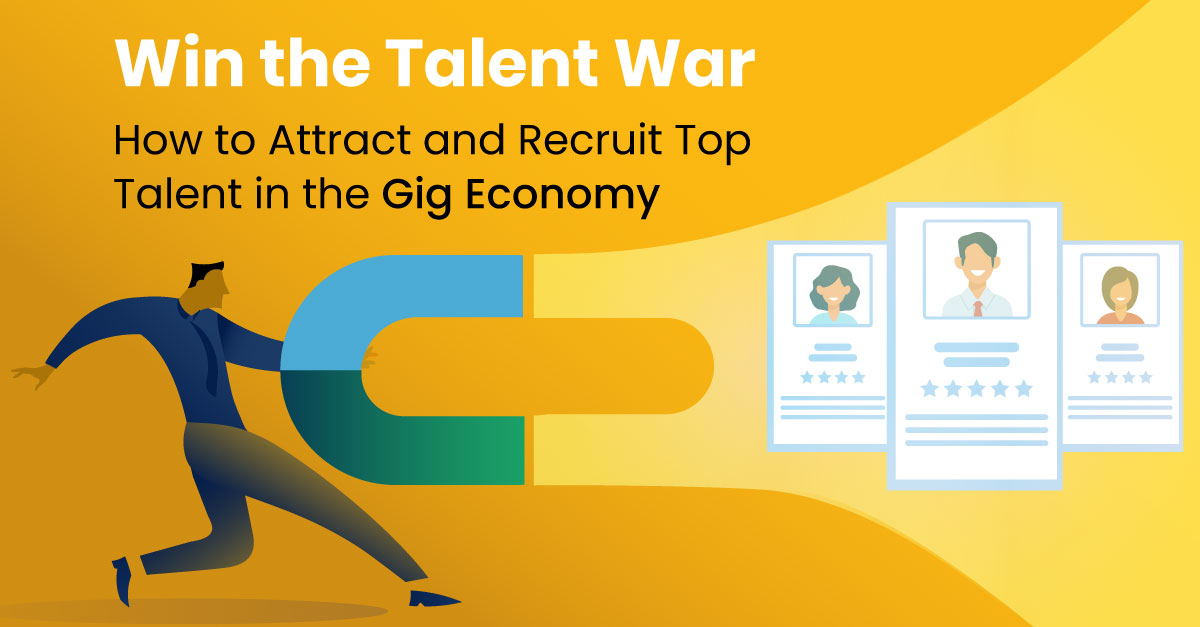 If you have ever called a freelance cab like Uber or Ola, used Airbnb or ordered from food delivery apps like Swiggy, you have engaged with the gig economy market.

But what exactly is the Gig Economy?

This term was first coined in 2009 by former New Yorker editor Tina Brown. It refers to a free-market economy where candidates work independently as freelancers, contractual workers or consultants on short-term jobs or projects for organizations.

Fast forward to the present times, the gig economy has emerged as a global movement. With rising popularity, it is transforming not only the workforce but the future of all businesses.

Another report shows that the number of employees in the gig economy is also bound to increase. Gig workers, who already account for 15-25 % of the global workforce, will make up 35-40% of the worldwide workforce by 2025.

The current gig economy boom is led by US freelancers, with 44% of global gig gross volume being created by the US gig workforce. Even though the gig economy in India had a comparatively late start, the country is not very far behind. According to a report by Payoneer, India is already the second-largest growing freelance market globally.

Change brings opportunity, and this seismic shift in the global labor market is no different. Businesses need to develop the right talent acquisition strategy to attract and recruit top candidates, even from the gig market.

However, the competition for talent is already stiff in an overcrowded marketplace. So, how can you stand out and become a talent magnet attracting the best amongst the gig workers?

Employer brand plays a vital role in attracting and recruiting talent, be it full-time employees or gig workers. But companies don’t need two separate employer brands in such a situation. Instead, focusing on a strong employer brand that speaks to a broad spectrum of workers is effective and efficient.

One way to make your employer brand appeal to gig workers is to do more for them. Usually, gig economy workers get no benefits or sick days off, so providing them healthcare benefits or sick pay will show that you value them and the skills they bring to your company.

Creating reward schemes, like getting a bonus on finishing a specific number of projects or working for a certain period, can also be a great way to attract high-performing gig workers.

Finally, be proactive- go where the talent is. Utilizing social media channels by maintaining a strong online presence is key, as this is where many gig workers are found.

Today people are looking for more than just a job; they want chances to develop and upskill. A Deloitte article shows that development support is one of the most important benefits employees look for when joining a company.

So, positioning yourself as a business that invests in your gig worker and empowers them can help you stand out. Also, providing the right kind of training and support will make gig workers more productive and aligned with your company. Plus, they can use these new skills in any project they do for you. It’s a win-win!

This is why even companies like Uber are taking steps in this direction. For example, Uber has launched a learning initiative in six Latin American countries for mobile-based skill development around personal growth. Rolling out such programs can help Uber differentiate itself from competitors while building loyalty among its gig workers.

Many gig workers can feel disconnected from the company they work for and less than full-time workers. So, get to know your gig workers. You can retain the best freelancers by including them in your meetings, brainstorming sessions and decisions regarding projects.

For this, it’s essential to maintain focused and regular communication with your gig workers. Companies can easily achieve this by setting up secure and organized communication systems. This engagement will make gig workers feel valued, a part of the team and create a sense of community.

It is vital to remember that even if they are freelancers, building meaningful relations with your gig workers enables your company to have a skilled, trusted and agile pool of talent that you can access when needed. This is an effective means to deal with the fluctuations of on-demand work in your industry.

The world of work is evolving, and gig workers are no longer a supplement to a permanent workforce. They are professionals who are a very relevant part of your company. If you want your business to grow and prosper, it is essential to adapt your talent engagement and recruitment strategies to include this work cohort. After all, as the numbers show, they are here to stay.